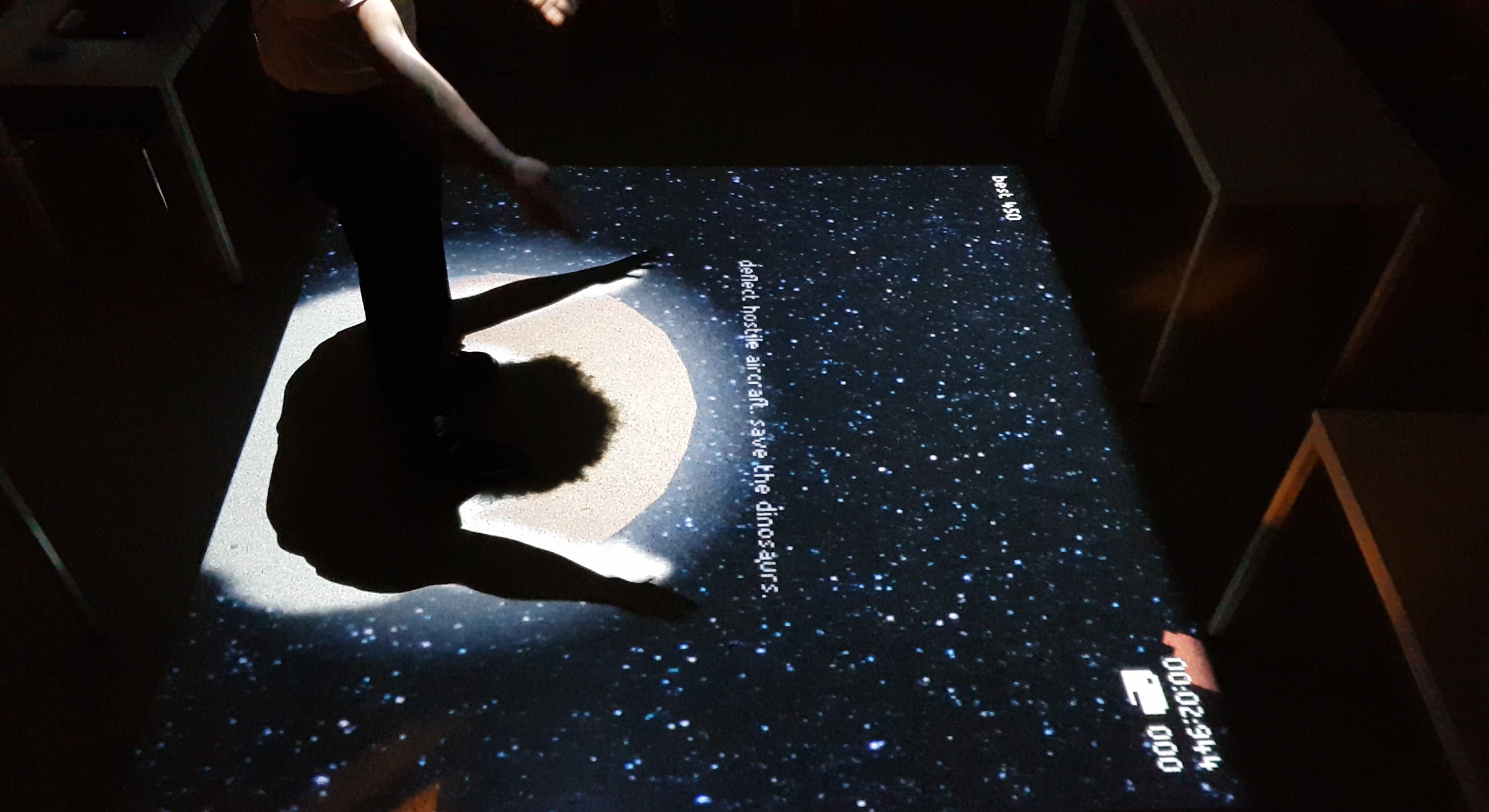 The User-Surrounding Floor Shadow Projection Interface is a novel interactive system that projects digital content on the floor around its user. The source of the projection is a projector placed above the user, directed towards the floor. A camera placed next to the projector in the same orientation detects the user’s body motion. The shadow casted as a result of the user occluding light coming from the projector is then used as input for the application to process. In order to demonstrate the potential of this system of interaction, a game was developed that prompts the user to deflect incoming spaceships to protect a planet. The user group of the proposed system is university students with an affinity for technology. The research question is: “To what extent can floor shadows be used as an intuitive method of interaction?” To answer this question and verify usability and design qualities of the system, user evaluations are conducted for a low- and high-fidelity prototype. The methods of evaluation will be by observation and survey (SUS). The results of the user evaluations have shown that the second prototype has significantly improved over the first in terms of its usability as well as its design qualities. Floor shadows turned out to be a surprisingly intuitive input method for the small game that has been built for this project. 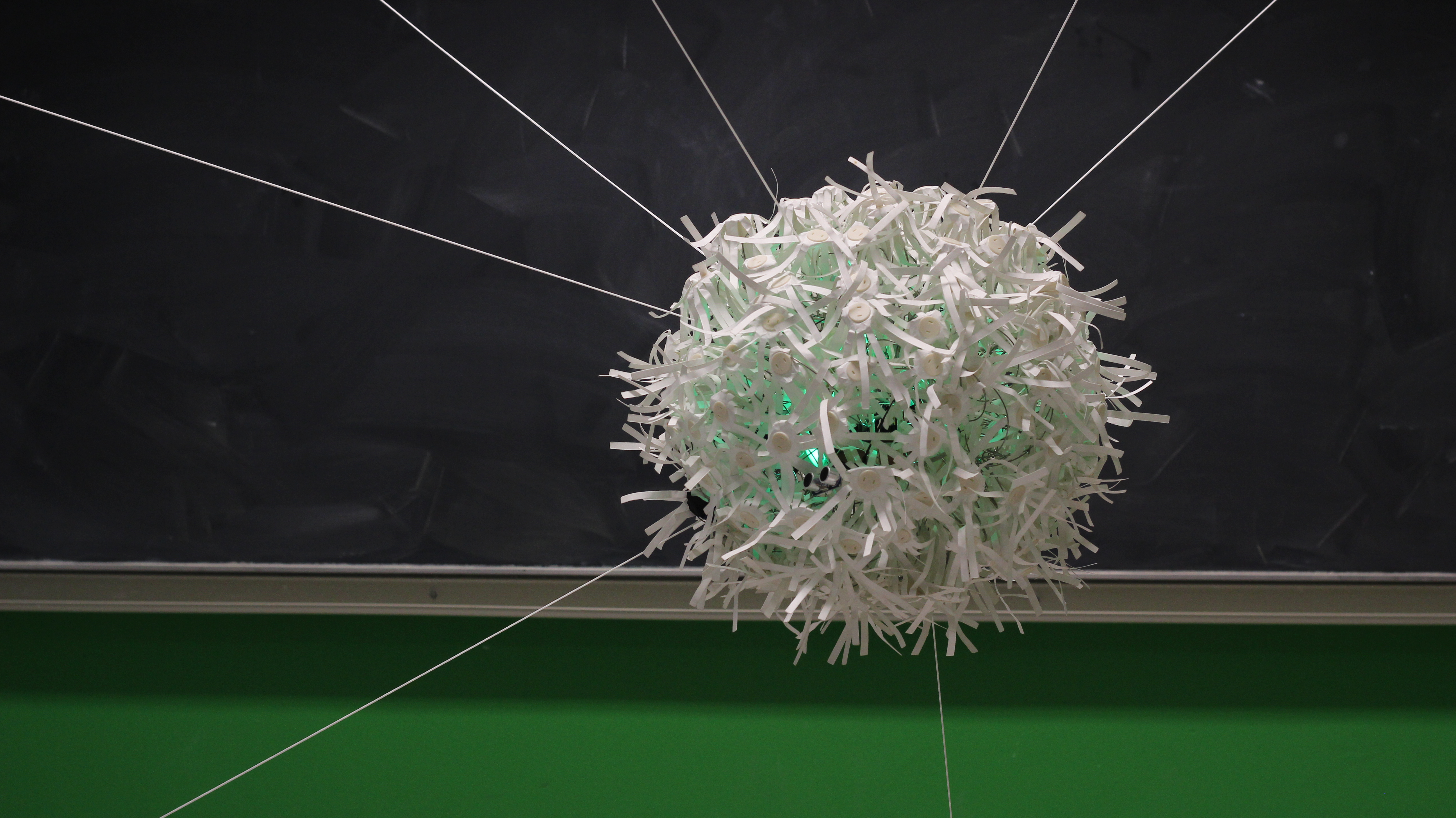 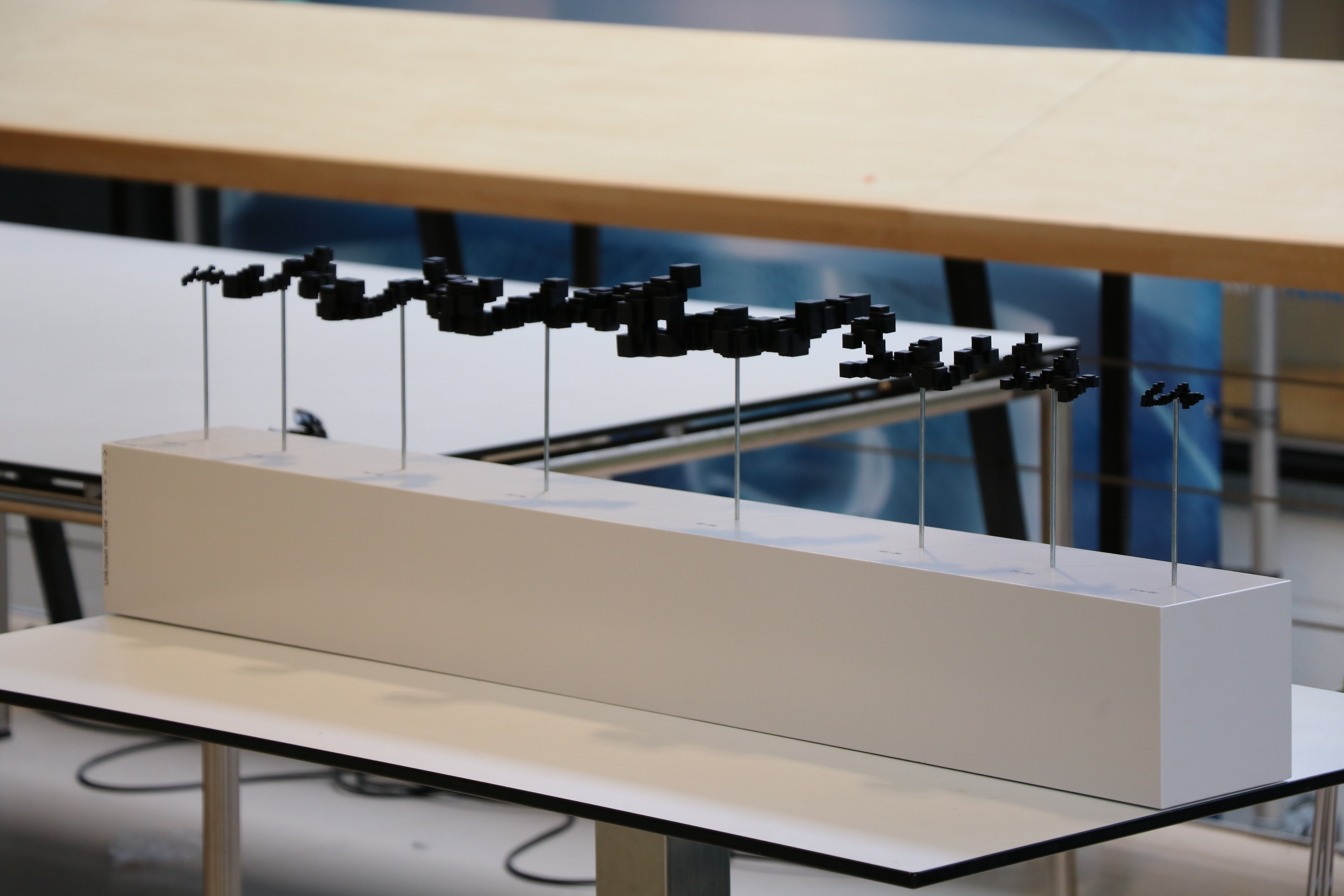